At RFG, our strength comes from our team. 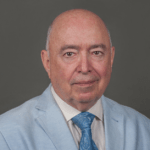 Leo has extensive connections with Texas investors and entrepreneurs, which generates substantial deal flow especially in energy, real estate, and life sciences opportunities. He began his career in Houston as a licensed CPA with Arthur Andersen and then purchased a small CPA firm in the Texas Medical Center.  In the early 80’s he merged his firm into a large national firm to pursue private investments and entrepreneurial activities and retired from the profession. Leo was a co-founder and CFO of Park Plaza Hospital (376 beds) until it was sold to a NYSE Hospital Management Company eight (8) years after it opened.  Later he was involved as the financial principal in founding one of the first surgery center companies, a long-term care hospital, and numerous medical professional buildings.

He was a founding member of the Houston Angel Network (HAN) and later served as its President and Chairman, and is still an active member. He continues to search for unique opportunities in real estate, early stage technology, medical device, and micro-cap public companies involving these disciplines, where he typically serves as Audit Chairman or Chairman. 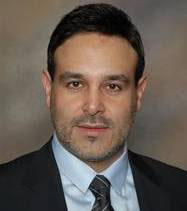 Sepand Moshiri -Sep- is a data driven executive with over 20 years of corporate development & acquisitions, multi-unit client operations, business advisory, consultative selling, and strategic leadership achievements in value-based specialty healthcare, hospital service lines, medical device innovations, disruptive software technology, big pharma, and capital markets.
Being involved in various phases of start-ups, funding and acquisitions, Sep serves as a change agent within the cardiovascular innovations industry. He was instrumental in the launch of CardioNexus Corporation to deploy Panasonic’s innovative diagnostic platform for Cardiologists and Internists. From 2018-19, Sep served as the president CorVitals of Texas Inc. (CVT), an innovative Mobile Cardiac Telemetry organization, which he co-founded with Leo Womack and currently serves as the Majority Shareholder representative for RFG and as a Board Member.

In recent years, Sep helped turnaround various healthcare entities while enforcing sweeping departmental changes through his consulting and sales executive roles. In the same boutique holding company, Calton Hill Capital Markets, in which he led the business advisory and integration divisions, Sep was a founding shareholder and VP of Client Operations of a unique ambulatory imaging network, Covia Health, whose mission was to define preventative healthcare in women for both mid-cap and large-cap employers. He then moved into the Utilization Management/Payor space within HealthHelp overseeing a $56M P&L and leading a team to manage 5.2M lives for their largest client, Humana, Inc., and their third largest client, US Imaging Network, while negotiating and executing large Medicare and Commercial Payor contracts.

A Vanderbilt University honors graduate with a Bachelor of Science in Neurobiology, Sep also holds a Master in Business Administration with highest honors from University of Houston C.T. Bauer College of Business. 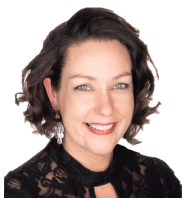 Meagan is an expert in entrepreneurship, with a specific focus on the most exciting new business sector of our time, space commercialization. As an industry veteran and successful entrepreneur, Meagan has been a driving force in the development of the rapidly growing “NewSpace” sector.

In addition to her role as Principal with Ramsey Financial Group (a single-family office), Meagan is also a start-up coach, a mentor, and is Managing Partner at SpaceFund, a venture capital firm investing in NewSpace startups.

Meagan is also a managing team member of the NewSpace Business Plan Competition and a member of the Board of Directors for both the New Worlds Institute and the Space Frontier Foundation. She holds an MBA in Entrepreneurship and Finance from Rice University as well as a BBA in Management and Marketing from the University of Houston. Formerly, she worked at NASA, taught Executive Communication at the University of Houston, and worked as a management consultant in the oil and gas industry. 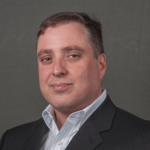 Company builder, board member, CEO, investor, producer, promoter. Over the last 30 years, Bart has built businesses and executed ideas in a wide range of industries. As a successful and proven entrepreneur, Bart has helped catalyze cultural movements and inspired generations of consumers.Bart is an expert in corporate branding, communications, and business development. With a focus on innovative PR and communications campaigns for start-up companies with limited funds but unlimited inspiration, he is an expert in utilizing every format and platform, from a street level approach to the World Wide Web.

Bart has worked on major motion pictures, produced TV shows, interviewed presidential candidates, and owned the largest, most successful nightclub in the state for over 5 years. He has produced events and concerts with thousands of attendees and he has developed marketing campaigns that reached millions. Bart is a dedicated patron of the arts and sciences.  He produced and hosted a public interest TV show, which catalyzed his interest to secure a 501c3 for Houston Media Source, a public access platform for Houston. Then Bart organized a campaign that resulted in the station receiving a 10-year, $12 million grant from the city of Houston and millions in funding from other sources. Bart also volunteers with local organizations and frequently manages communications and media projects for inspirational non-profits, such as the New Worlds Institute.

Over the years RFG has been fortunate to build a collection of highly educated and experienced advisors to assist in developing our projects. Our top advisors include: 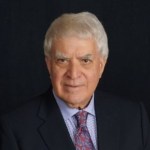 Following law school graduation, he was a briefing attorney to the Presiding Judge, Texas Court of Criminal Appeals. After practicing law briefly in Houston, Texas, he joined the Federal Bureau of Investigation as a Special Agent, later returning to practice law in Austin and Corpus Christi, Texas. He was an oil and gas title attorney and Landman in Corpus Christi, and there he founded an oil and gas exploration company in the early 1970’s. In the mid-1980’s he was invited to join the St. Mary’s law faculty, as Holder of James N. Castleberry Chair in Oil and Gas Law where he continues to teach and consult in property related issues. Lee is a member of State Bar of Texas, American Bar Association, Phi Delta Phi Legal Fraternity, and Society of Former Special Agents of the FBI. The second edition of his book “Lytton’s Handbook on Texas Property Law” was released in January 2016, and is available from national booksellers in both print and e-book format. 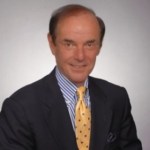 Richard marks 35 years of international experience in medical devices, pharmaceuticals, biotech, and healthcare services ranging from start-ups to large multi-nationals. As CEO for AMEX, NASDAQ & TSX companies, he raised $150 million in private and public equity to fund development projects, product introductions, corporate restructurings, and turnarounds for major institutional investors that included JP Morgan Capital. Richard has significant drug, biologic and device development & clinical trial expertise.  He was responsible for contracting domestic and international clinical trial sites, tracking those trials, and gaining regulatory approvals for Class I, II & III medical devices, BLA, NDA & ANDAs. His multiple degrees earned from State University of New York, include a BS in Economics, BS in Speech Pathology and PhD studies in Economics. Richard has served as an advisor to MD Anderson Cancer Center Department of Technology Transfer, and as guest lecturer at Caltech, MIT, USC, and Rice University Jones School of Management. He was a partner with La Jolla Capital Partners before relocating to Houston where he continues to work with early stage Life Science companies as an Advisory Board member of BioHouston. 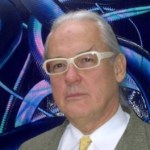 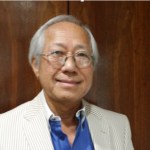 For over 42 years David has been selling insurance products, Individual and Group Life, Health, Annuities, and Business Insurance for American General Insurance, a division of AIG. David was born in Hong Kong, moved to Australia, later came to the United States, eventually settling in Houston, Texas. There, US Senator John Tower, sponsored a Senate bill that passed, granting citizenship to David Ng. During his ongoing career he received numerous top salesman insurance awards, is recognized by the industry for his prodigious sales skills, and was appointed to American General Life Presidential Cabinet for 20 consecutive years, where he advised management on selling and marketing to the Asian community. In 1994 David was invited by President Clinton and again by Vice President Al Gore to attend North American Free Trade (NAFTA) conferences at the White House. He has been a guest speaker for insurance companies around the world including United States, Australia, Hong-Kong, Korea, Singapore, and Canada. David was elected and served as President of the Asian Chamber of Commerce for the years 1993 and 1994.