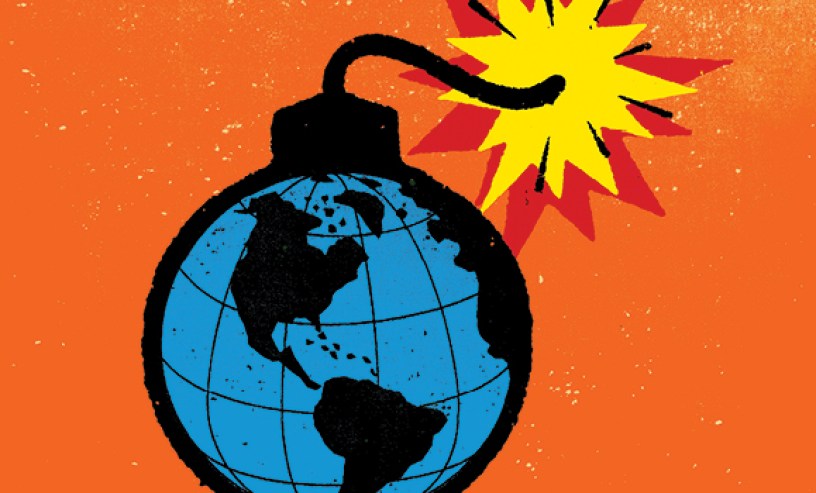 This insightful report by Citi Bank highlights and underscores the volatile world we increasingly find ourselves investing in. It also reinforces our belief that from chaos comes order , but only those investing wisely will have the chance to benefit from the coming instabilities. By identifying key sectors that should continue to grow and flourish despite chaos and uncertainty we believe we can

Accomplish our goal of continued wealth accumulation and preservation.

From the Report:
2016 has begun, as 2015 ended, amid a significant worsening of the global political climate and along with that, considerable volatility in financial markets. Investors and businesses are increasingly aware of the need to understand the drivers and the implications of a greater level of event risk exacerbated by shifting social patterns.

There is an increasing likelihood that new transmission mechanisms are evolving that could lead to political risk having an impact on economic forecasting models, changing the way that companies do business and driving a secular, or even structural, increase in risk premia in financial markets.

Until now, financial markets have taken a relatively sanguine view of political events, treating them as regionalized and idiosyncratic. However political risk can quickly and meaningfully alter return expectations across asset markets where transmission mechanisms are established in economic channels.

Political events and social trends are becoming increasingly interconnected; links can easily be made between tensions in the Middle East, terrorist attacks around the world and the migration crisis, between migration and European politics, and between tensions in Europe and politics in the UK. With shifting political sands in the US creating a vacuum in global governance, there is an increasing risk that a negative feedback loop is forming as previously comfortable sectors of society feel increasingly vulnerable and less financially secure.

Hitherto, geopolitical events have largely been addressed through diplomatic channels but, as Tina and Jan point out, diplomacy is ineffective against a rising sentiment of injustice and inequality among increasingly diverse social groupings. The result is an increased incidence, on one side, of non-diplomatic measures such as sanctions, protectionism, aggressive regulation, border disputes and armed conflict, and on the other of anti-establishment sentiment, protests, violent demonstration and terrorist activity. All of these can deliver a direct economic cost that could be changing the business and investment landscape.

There are several channels through which political events could become a driver of financial markets: Sharply higher or lower commodity prices are surely one. Sanctions are another as they will normally have an impact on the economic prospects of an affected country. There may be an offset to this; when exports from a sanctioned country fall, there is likely to be a substitution effect in another producing economy. Overall, however, a combination of more sanctions and increased protectionism is likely to result in lower levels of trade and this, with reduced comparative advantages in production, is likely to weigh on global growth and commerce.

One of the main factors insulating markets from geopolitical risk has been abundant liquidity provision by central banks. As the Fed begins to raise rates, that support will begin to wane. For most of 2015 markets were transfixed by two main drivers; Fed policy and China’s economic outlook. 2016 and beyond may prove to be the era in which politics rather than economics comes to the fore. To address this, we have brought together leading experts on geopolitical and socio-economic risks (Tina Fordham and Jan Techau) energy (Ed Morse) and economics (Ebrahim Rahbari) who believe he contours of a new post-Cold War, post-Lehman paradigm are emerging.

If they are right, or even partly right, and these changes are structural, we may be entering a new paradigm, where policy-makers, including Central Banks, have less power to mitigate risks. This suggests a whole host of previously assured assumptions could be in the process of becoming obsolete.