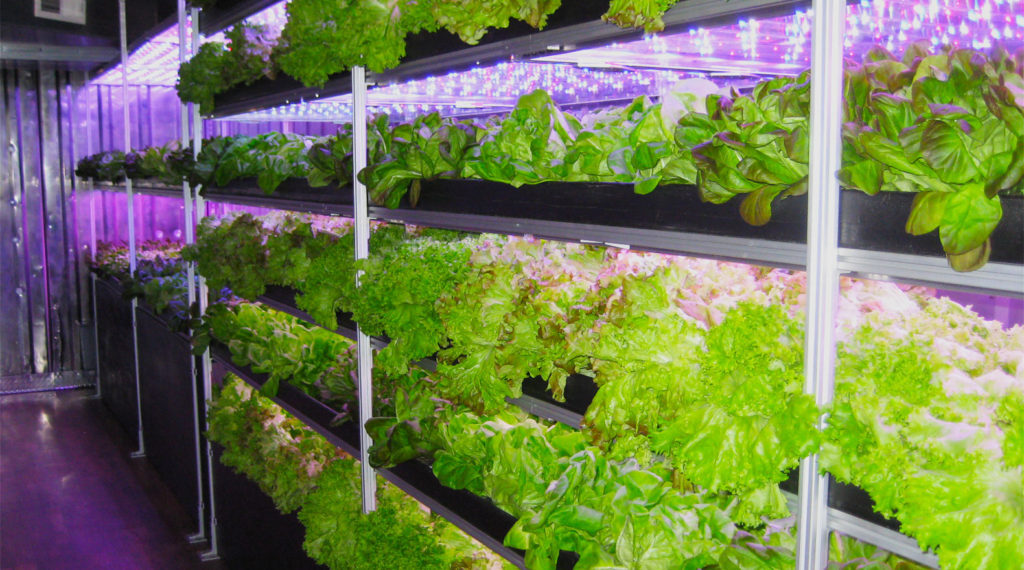 Agriculture already accounts for nearly 40% of all ice-free land on the planet. Much of the remaining land is protected or habited. A combination of population growth and changing diets means that the amount of crops produced will need to DOUBLE by the year 2050. By 2025, an estimated 1.8 billion people will live in areas plagued by water scarcity, with two-thirds of the world’s population living in water-stressed regions. There will be about 1 billion more mouths to feed worldwide by 2025 and global agriculture alone will require another 1 trillion cubic meters of water per year (equal to the annual flow of 20 Niles or 100 Colorado Rivers). With no land and no water, how will we feed the planet? How will you feed your family?

At Ramsey we believe our agricultural land use issues can be solved in the same way we’ve urbanized our populations – by using the third dimension, and building up, not out. Using vertical farming techniques, we can exponentially increase output without increasing land usage. Ramsey also believes that we can drastically reduce our water needs by being smart with our usage and recycling water. Using a closed, fully recycling aquaponics system, we can produce nearly unlimited food with minimal water input. We are helping build a world in which families can grow their own food, providing a hedge against the instability of the global agricultural system. Using modern automation technology and cutting edge science we can make this technology accessible, affordable, and ubiquitous through companies such as Eden Grow Systems (www.edengrowsystems.com).